UNLIKE ANY OTHER BOARDING SCHOOL- Bard Academy at Simon's Rock is the nation’s only two-year boarding school that provides guaranteed admission to early college after 10th grade to one of the most respected academic institutions in the U.S., Bard College at Simon’s Rock. HIGH SCHOOL FOR TWO YEARS We haven’t condensed high school; instead, we’ve created a program that takes a collegiate approach to learning. Unlike many high schools, at Bard Academy, asking questions is not a distraction, but a welcome starting point for intellectual discovery in a truly academic, inclusive, and supportive community. HIGH SCHOOL TAUGHT BY COLLEGE PROFESSORS Since Bard Academy shares faculty with Bard College at Simon’s Rock: The Early College, students build meaningful relationships with their future college professors. Faculty are leading scholars in their fields of study, and experts at engaging younger students. HIGH SCHOOL ON A COLLEGE CAMPUS Bard Academy is located in the Berkshires, on the beautiful 275-acre campus of Bard College at Simon’s Rock, located in Great Barrington, Massachusetts – named “Best Small Town” by Smithsonian magazine. Academy students enjoy all the College’s resources, including the science labs, library, art studios, community garden, athletic center, and theater spaces. Academy students are invited to join all sports teams, clubs, and activities. ACADEMICS With 35+ majors, The Princeton Review rates Simon’s Rock a 92/99 for academics, higher than Harvard or Princeton. Federal data on US colleges and universities rank Bard College at Simon’s Rock #17 nationwide for percentage of graduates who earn a doctorate, close on the list to Harvard, University of Chicago, Oberlin, Williams, Amherst, and Yale – ranking higher than Brown, Stanford, Dartmouth, Vassar, and Cornell. YOU ARE WELCOME HERE You’ll have the unmistakable feeling that you’ve found where you belong. Rockers are visionaries, iconoclasts, pioneers, and leaders who are working for a better, smarter, world. Our students are a diverse group, but have in common: intellectual curiosity, an independent spirit, and a love of learning. You’ll find a true academic community here. WHERE INDEPENDENT MINDS GET THEIR START At Bard Academy and Bard College at Simon's Rock, age doesn't define intellect: our mission is to inspire the curiosity and creativity of motivated younger scholars with a challenging, empowering, and inclusive education in the liberal arts and sciences. 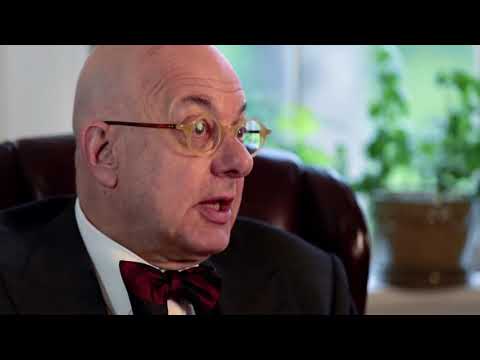 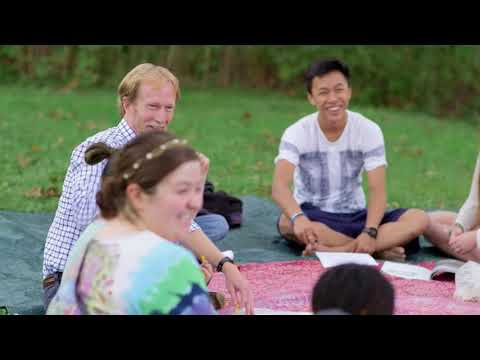 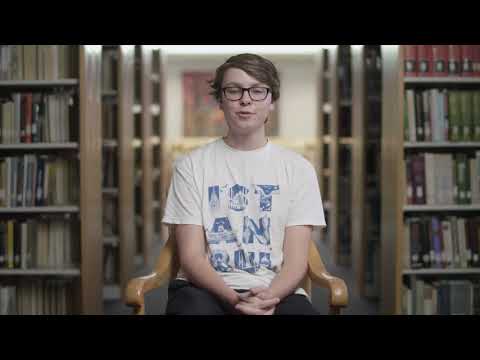 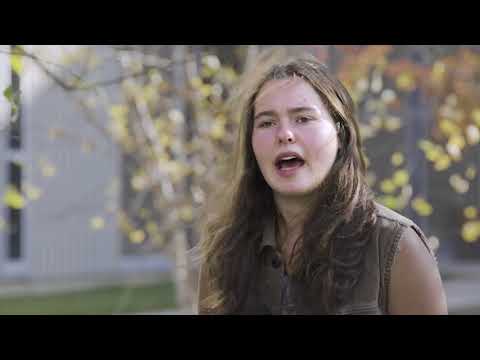 Summary: Bard Academy is the best fit for intellectually engaged young scholars who don’t want to wait to ask questions–and have a deep desire to be taken seriously as original thinkers. Students enter an in-depth program of the humanities, world languages, mathematics and science, social sciences, and visual and performing arts. Writing is the hallmark of our approach, and students are asked to write in nearly every class. In doing so, they build strong skills as writers and discover the deep connections between different subjects, themes, and concepts. Our students learn to think for themselves—not simply how to memorize or adopt someone else’s ideas. In dialogue with professors and classmates, students explore a vibrant liberal arts program together. Each student undertakes a series of core requirements with opportunities for more advanced inquiry in certain subjects. Academy courses are designed and taught by PhD faculty of Bard College at Simon’s Rock who teach students the skills they need to succeed in college. After two years of Academy classes which establish a strong foundation on which to build, students enter Early College with the opportunity to explore hundreds of courses in over 35 majors. A partial list of Academy and Early College courses is below.

Summary: THE ARTS At Bard Academy, we believe the arts give us different and nuanced ways to perceive and understand the world and our experience of it. Our courses combine a deep study of theory and committed practice, supplemented by regular encounters with the best visual and performing arts in the Berkshire region. The campus offers an exceptional arts facility, the Daniel Art Center, with two state-of-the-art performance spaces, an active ceramics studio with multiple kilns, multiple music practice and performance venues, a dance studio, both analog and digital photography studios, an extensive drawing and painting studio, and multiple gallery or display venues. Students choose from a selection of courses, in topics such as music, drawing and painting, ceramics, dance, photography, film, and theater., working closely with faculty and visiting artists to hone studio and performance skills. ATHLETICS Our competitive teams include: Men’s and Women’s soccer, Men’s and Women’s Swimming, and Men’s and Women’s Basketball, and our mascot is a llama!. Whether or not you’re on the team, the Kilpatrick is your athletic center. The Kilpatrick Athletic Center (KAC for short) invites ALL students to participate in wellness activities, which help to relieve and reduce stress, increase awareness and provide for a balance of mind, body, and spirit. You’ll have access to facilities, fields and courts, as well as classes in aerobics, lifeguard training, Pilates, racquetball, rock climbing, squash, swim lessons, Swim America instructor training, tennis, weight training, and yoga.

Summary: LEARNING LIBERATED Simon’s Rock is the first and only educational institution in the United States carrying students from the beginning of high school to the completion of a bachelor’s degree in six years rather than the usual eight. Immediately following the 10th grade in Bard Academy, you’ll enter Bard College at Simon’s Rock as a first-year student. Two years later, you will receive an Associate of Arts degree, then either continue at Simon’s Rock for your Bachelor of Arts degree or transfer to another college or university. 90% of Bard Academy students attend college. BARD COLLEGE AT SIMON'S ROCK: THE EARLY COLLEGE OUTCOMES: Top 17 Our ranking among all US colleges/universities in terms of percentage of alumni who complete their PhD 9 Number of Fulbright Fellows since 2010 78% Recent Simon’s Rock graduates who have gone on to graduate study at institutions that include: Boston University Columbia University Georgetown University Harvard University London School of Economics M.I.T. The New School New York University Oxford University Queen’s University University of California, Berkeley University of Chicago University of Michigan University of Washington Washington University Yale University Top 10% Where Simon’s Rock ranked in the most recent National Survey of Student Engagement (NSSE) for academic challenge, student-faculty interaction, and enriching educational experience Top Transfer Schools Fifty percent of our students receive an associate's degree at Simon's Rock and go on to complete their college education at nationally ranked colleges and universities, including: Bard College Brown University Columbia University Cornell University Hampshire College Hunter College The New School New York University Rutgers University Smith College Stanford University SUNY—Purchase SUNY—Stony Brook Swarthmore College UMass Amherst University of Chicago University of Michigan University of Wisconsin Warren Wilson College Wesleyan University

Precentage of graduates who attend college: 90% 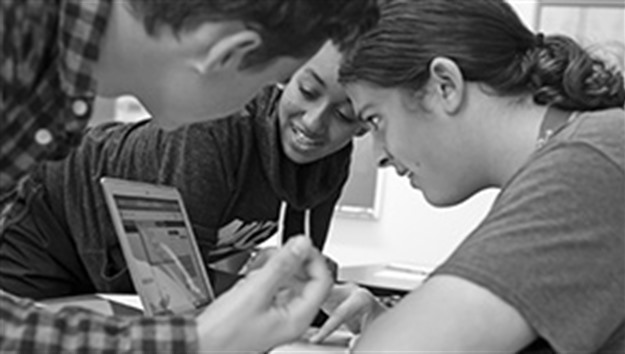 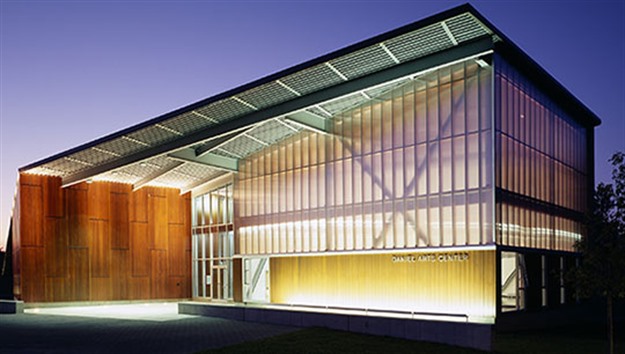 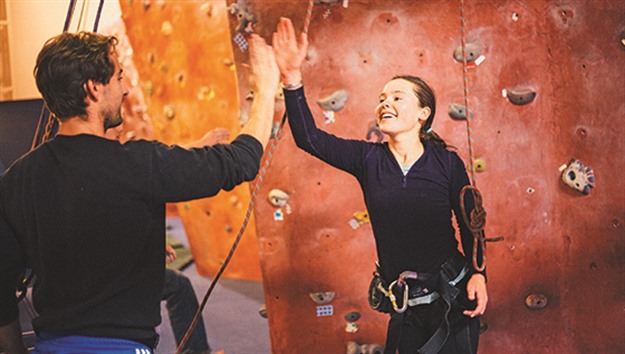 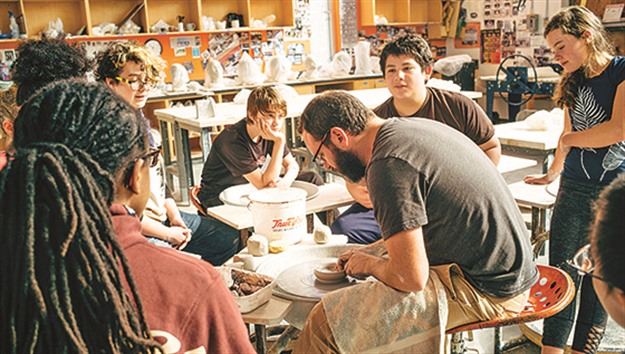