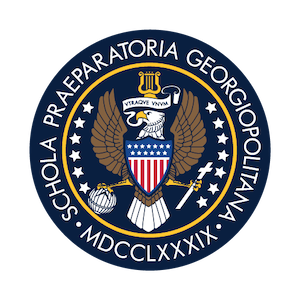 Georgetown Preparatory School is an independent Jesuit college-preparatory school for young men. Founded in 1789 Prep is the nation's oldest Catholic boys' boarding and day school. Prep's academically rigorous liberal arts curriculum is based in the educational philosophy of Jesuit founder St. Ignatius Loyola: a belief in reflection discernment scholarly excellence and personal responsibility as well as the importance of being Men for Others. Nationally recognized athletic and fine arts programs with close access to Washington's museums and seat of government compliment the academic program.

Summary: Georgetown Prep’s rigorous liberal arts curriculum is deeply rooted in the Jesuit ideals of intellectual excellence, reflection, and personal responsibility. Prep is dedicated to helping form young men who are open to growth, intellectually competent, religious, loving and committed to doing justice. These are the hallmarks of a Georgetown Prep graduate at graduation.

There is much more to Georgetown Prep than classes and athletic competitions, and campus surely doesn't shut down at 3 o'clock. Extracurricular opportunities are unlimited at Prep, from the Prep Players to school publications to Physics Club and more. Students can also create new clubs and activities. Prep's Resident Program offers students an opportunity they would have nowhere else in the world. The program brings the students and faculty together in a supportive and nurturing environment. On weeknights, students are required to participate in study hall, during which they complete their school work. Following study hall, they meet for group prayer and reflection on the day. On weekends, Prep’s proximity to Washington, D.C. and the Metro transit system offers students the opportunity to explore cultural, educational and recreational activities unique to the nation’s capital. Prep provides interesting activities every weekend for its residents, such as mixers and trips to athletic events.

College attended in the past 5 years by our graduates:

Description: This summer program offers intensive audio-lingual training in English for young people of high-school age (13 to 17 years) with or without previous knowledge of English, supplemented by a schedule of recreational and social activities. Although the aim of the program is to teach English, it also offers young people the opportunity to experience international living and camaraderie with students from around the world.